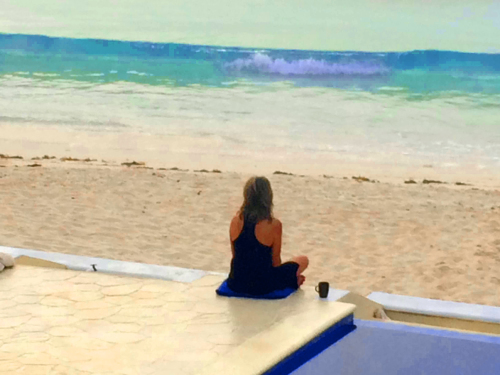 Smoke and Mirrors; a visual musing on the obsession with the promotion of deception, through the phenomenon of the “selfie.”

The term, Smoke and Mirrors, is based on magicians' illusions, in which magicians make objects appear or disappear by extending or retracting mirrors amid a distracting burst of smoke.The expression may have a connotation of virtuosity or cleverness in carrying out such a deception.

But these millions of images of self; multiple ideations of the same person in a variety of expressions, attitudes, costumes, mostly carry no cleverness or virtue. They are merely self promotion and posturing.

Another term that comes to mind,“blowing smoke”, means that someone conceals the truth, that they are exaggerating, or boasting.

Even the youngest of children today, are growing up with a camera of some sort in their hands and their face almost every minute of every day. There cannot be much reality left, if life is all about, “how do I look?”, “how do I appear to everyone?” “how am I perceived?” No longer “who am I really, but who am I as viewed by others?” There exists an ever present need to be on stage: “Mr. DeMille, I'm ready for my close-up”. It revolves around sexy self presentation and image manipulation central to the culture of instagram, facebook, snapchat and the like.

If wisdom is gained by self reflection, what happens when an entire culture doesn't look inward, but stages every moment to be a moment to record.

Imagine a forest fire which produces large amounts of smoke. Such a fire obscures one’s vision, such that things cannot be seen as they really are the truth not only is behind that smoke screen, it has no roots, nor core; no inner strength to grow, to learn, to be empathetic.

Having spent so much time viewing thousands of selfies, I know feel more than ever, the need to be interacting face to face with the world, in search of the antithesis: the unexpected, unguarded moments that are delightful, exciting and rewarding.....but, first let me take a selfie.

DOWN THE RABBIT HOLE

In “Down the Rabbit Hole”, the imagery reflects those moments that disorient us and force new leaps of faith into the unknown.   There is a regret, or pain, in the loss of the familiar, but also an understanding of the need to embrace the anticipation of the new, whether freely or under duress.  Reality or illusion, dream or delusion; surrendering to the moment and letting go. Like a trip down the rabbit hole, fear and uncertainty can give way to curiosity and anxious expectation.

The first reaction to this vulnerability is often fear; a fear that is a visceral emotion that remains embedded in your heart and soul. Panic and claustrophobia go hand in hand and are not readily removed from one’s memory.  The use of encaustic emboldens this theory by making it physical; thus freezing the moment.us.

The work is comprised of water color paintings on panel.  The panel  has been treated with an absorbent ground, making it receptive to watercolor paint. The paint is applied in thin washes, drying in between, until the layers build up to the finished level of contrast.  The panels are then treated with either an archival varnish, or encaustic, sealing the watercolor.

The use of encaustic raises the level of hands on art making,  as there is

something profound about the bond that forms between the me and the work, almost as if it is a tangible thing. I find that this physical connection adds to the emotional connection, as the creation and the intent behind the work is personal.

Immersed in water, a baptism, or a drowning:  purified, regenerated, released, reborn. Floating or drifting, we are carried in the water's soft current. Sinking or swimming, we are pulled into uncertain depths. Ultimately, we are satisfied, and at peace.